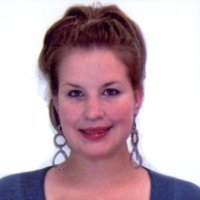 AUDRA V. ADOMENAS holds an M.L.I.S. in Library and Information Science from Dominican University in River Forest, IL, and a B.A. in History from the University of Illinois at Chicago and is a Certified Archivist (CA). Prior to her graduate work, she studied philosophy in Prague and international relations at Richmond, The American International University in London. She is an active member of the Chicago Area Archivists (CAA) and the Midwest Archives Conference (MAC), serves on the Steering Committee of the Chicago Area Religious Archivists (CARA) as liaison to CAA, board member of the Žiburėlis Lithuanian Montessori and member of the Association for Recorded Sound (ARSC). 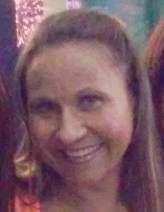 SUTTON SKOWRON holds an M.L.I.S. from Dominican University, an M.A. in American Studies from University of Southern Maine and a B.A. in Romance Languages from UNLV.  She is an active member of the Chicago Area Archivists, where she currently serves on the MAC 2018 Local Area Committee.  She completed archival internships at NARA Great Lakes and Women and Leadership Archives, and worked in several Chicago area public libraries. 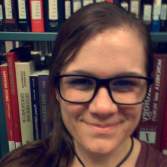 DANIELLE NOWAK holds a Bachelor’s degree in History from Purdue University and is pursuing her M.L.S. from IUPUI. In addition to volunteering at LAP, Danielle has experience and interest working in academic libraries 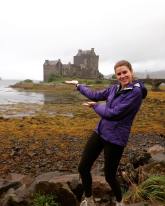 LUCY HEREFORD holds a Bachelor’s degree in History from the University of Washington in Seattle. She has previously volunteered with the Museum of History and Industry in Seattle. 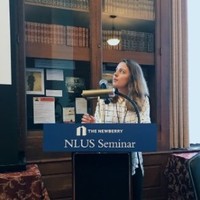 AUGUSTE BALTRIMAVICIUTE holds a B.A. in Eastern European History from the University of Illinois at Chicago where she was a research assistant in the Department of Slavic and Baltic Languages and Literatures. She recently presented her senior thesis called “Constructing a Lithuanian National Identity and the Impact of the Sąjūdis Movement: An Analysis of Letters from a Soviet Lithuanian Soldier” at the Association for the Advancement of Baltic Studies Conference (AABS) at Stanford University. 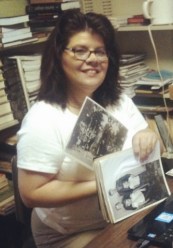 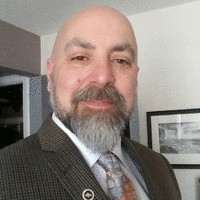 PATRICIA CHAVEZ holds an M.L.I.S. from Dominican University in River Forest, IL and holds a B.A. in English from the University of Iowa. She has worked in the archives at University of Chicago as a project archivist and is currently employed as an archivist at the DePaul University archives.

LINA RAMONA VITKAUSKAS is a Lithuanian-American-Canadian poet and activist. Most recently, she presented her cinepoetry about mythical, female Baltic snipers called the White Stockings at the Association for the Advancement of Baltic Studies Conference (AABS) at Stanford University. Lina is an engaged volunteer for many Baltic, Ukrainian, literacy, and political causes. In 2015, she was on the event committee for the Concert for Ukraine, sponsored by Kyiv-Chicago Sister Cities. In 2017, she single-handledly fundraised and organized a screening of the Baltic-produced documentary, The Master Plan, which featured a panel discussion including Consul General of the Republic of Lithuania in Chicago, Mantvydas Bekešius; Honorary Consul of Latvia, Robert Blumberg; founder and director of the Baltic Center for Investigative Journalism, Inge Springė; and Latvian-American journalist, Artis Inka. In early 2018, she served as Interim Communications Director for Andre Vasquez for 40th Ward Alderman, and as such, led brand strategy and production of the candidate’s website and social messaging. She has also volunteered for Snow City Arts, as well as Forest Park Public Library, where she assisted visually impaired patrons. Lina has 20 years of professional marketing and advertising experience with brands such as Sears, Navistar, Ulta, Ace Hardware, and Kellogg’s, as well organizations and individuals such as Northwestern University and part-Lithuanian film company, Tiny Giant. In 2013, Eleni Sikelianos selected her poetry for the Henry Miller Memorial Library Ping Pong Journal Award. In 2009, Brenda Hillman selected her for The Poetry Center of Chicago’s Juried Reading Award and she was nominated by Another Chicago Magazine for an Illinois Arts Council Award. Lina recently publlished a short chapbook called Ministry of Foreign Affairs (MOFA) about epigenetic trauma experienced in her Lithuanian family. She has been published internationally including in an upcoming essay collection for Jonas Mekas (TBD, Brooklyn Rail Editions); Vilnius Review, Berfrois, Resist Much/Obey Little: Inaugural Poems to the Resistance; Rain Taxi, VIDA: Women in Literary Arts; Dusie (Canada), The Awl, The Chicago Review, The Toronto Quarterly, The Prague Literary Review, and more. Lina went to Maironio Lituanistinė Mokykla for grades 2 through 6 and was in Lithuanian scouts. She lived in Lithuania for 5 months in 1998 to research her Master’s thesis on the atavistic nature of her writing. Her website is linaramona.com. 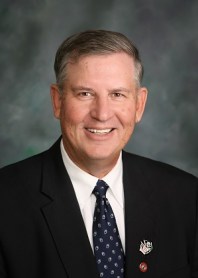 JOHN J. CHERNOSKI was born in Albuquerque, New Mexico in 1951.  He grew up in Xenia, Ohio.  John received his bachelor’s degree from St. Joseph’s College, Rensselaer, Indiana, in 1973 and his Juris Doctor from The Ohio State University College of Law in 1976. While at St. Joseph’s College, he met and married his wife, Mary, who was from Highland Park, Illinois.  John served on active duty with the U.S. Navy from 1976 to 1980 as a Judge Advocate General’s Corps (JAG) officer assigned to U.S. Naval Legal Service Office, Philadelphia, and U.S. Naval Support Activity, Philadelphia. Upon his release from active duty, he affiliated with the U.S. Navy Reserve, serving in various units until he retired in 1996. John worked for the New Jersey Attorney General’s Division of Law for more than two decades, concentrating on administrative law and charitable trust matters.   He retired in 2002 as a Senior Deputy Attorney General.  John from 2002 to 2013 was a Visiting Assistant Professor at Vytautas Magnus University, Kaunas, Lithuania.  He has been a frequent contributing writer for Lithuanian Heritage Magazine and has done extensive field work on early settlements of Lithuanians prior to World War I across the United States.  John is a life member of the Military Officers Association of America (MOAA) and a past president of MOAA’s New Jersey Lakes & Pines Chapter and the Green Valley, Arizona Chapter.  In 2013 John was selected to serve on the Board of Directors of National MOAA.  He is the southern area chair for the Arizona Committee of Employer Support of the Guard and Reserve, a Department of Defense office.  John and his wife, Mary, reside in Sahuarita, Arizona. He is also a longtime Pro Bono consultant to the Lituanica baseball club in Kaunas, Lithuania fostering American-style baseball in Lithuania. 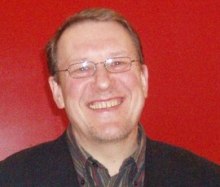 VYTIS ČIUBRINSKAS is a Social Anthropologist. He earned his Ph.D. at the Vilnius University in Ethnology and History (1993), and is currently a Professor of Social and Cultural Anthropology at Vytautas Magnus University in Kaunas and an Associate Professor of Social and Cultural Anthropology at Vilnius University, both in Lithuania as well as an Adjunct Associate Professor of Anthropology at Southern Illinois University. Previously, Čiubrinskas worked as a Research Curator for the Lithuanian Ministry of Culture (1982-1988) and as a Research Assistant at the Lithuanian National Museum (1979-1982). His principal research has been social anthropology, ethnicity, migration and politics of identity along with anthropological theory, history and politics of the discipline. Čiubrinskas currently is the principle coordinator of a research project titled, “The Impact of Globalization and Transnationalism on the Fragmentation of State and National Identity (LIVE)” which is funded by the Research Council of Lithuania. 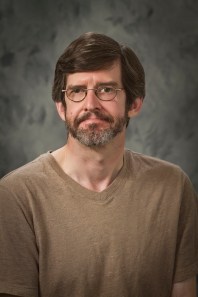 STEVEN W. HOLLOWAY holds an M.L.I.S. from the University of Illinois Urabana-Champaign with a Specialization in Data Curation, Ph.D. in Bible from The University of Chicago, IL, M.A. in Divinity from The University of Chicago, IL and a B.A. in Religion from Samford University, Birmingham, AL. He was Instructor at St. Xavier University in Chicago, IL, guest lecturer at Loyola University Chicago,  president of the Chicago Society for Biblical Research, and past organizer and chair of the Society of Biblical Literature Section, “Assyriology and the Bible.” He is the editor of five books and numerous articles in the field of biblical scholarship and is currently Metadata Librarian at James Madison Library in Virginia. 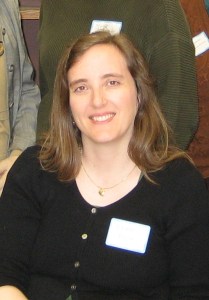 DIANE PUGH holds an M.L.I.S. from the University of Pittsburgh’s School of Library and Information Science with a concentration in archives management and a B.A. from Evergreen State College which focused on social science and English literature. She is also a Certified Archivist (CA). She possesses knowledge in all areas of archival appraisal, arrangement and description, preservation, reference and outreach.  As one of the founding members of the Chicago Area Religious Archivists (CARA) professional group, she has interacted with archivists serving a wide range of religious traditions and religiously affiliated institutions.  Her experience in archives has included serving as an Assistant Archivist for the Evangelical Lutheran Church in America (ELCA) national archives, and as the on-site processing archivist (known as the Archives Liaison) for the American Theological Library Association (ATLA).  She also has served as the Archivist/Assistant Director for the Rush Presbyterian-St. Luke’s Medical Center Archives and Records, and served as a consulting archivist for the Gerber/Hart Library and Archives, Harris Bank, the Girl’s Best Friend Foundation, and the Sisters of the Living Word Archives.  At ATLA, where she worked for over 10 years, she served as the coordinator of a large digitization project, and was also involved in writing a successful grant proposal for an NEH-funded multi-year preservation microfilming grant. Currently, she is consulting for the Southeast Chicago Historical Museum, processing steel heritage archives for the Calumet Heritage Partnership, and processing and cataloging archives for the Berwyn Historical Society. She is also board member of the Calumet Heritage Partnership. 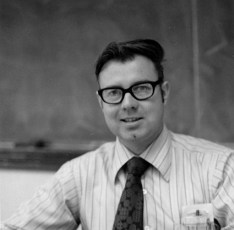 ANTANAS J. VAN REENAN holds an A.S. Journalism degree from Becker College in Worcester, Massachusetts. After a short career as a reporter on the Hartford Times in Hartford, Connecticut and a copy editor on the Springfield Daily News in Springfield, Massachusetts, he joined the U.S. Army. Upon graduation from the U.S. Army Military Police School in Fort Gordon, Georgia he was stationed at Hanau,  Germany. Returning from Europe, Antanas obtained a B.A. in American History from the University of Hartford. He returned to Massachusetts and taught American History at Drury High School in North Adams, Massachusetts — spending summers in a program for American Studies at State University of New York at Stonybrook, Long Island, New York — close to his mother’s birthplace on Maspeth, Long Island. During his tenure in North Adams he completed his M.Ed. degree in Education in Hartford, writing his master’s thesis on the educational philosophy of University of Chicago president Robert M. Hutchins. Leaving Massachusetts, Antanas entered The University of Chicago graduate program in its history department’s comparative intellectual history program under chairman Leonard Krieger. Antanas earned his Ph.D. there in three fields — American Immigration History, European and Russian Intellectual history. Returning to Massachusetts he entered post-graduate study on the origins of the American psyche at the Massachusetts Institute of Technology. Upon his return to The University of Chicago Antanas joined its faculty in the Continuing Education Department teaching courses on the origins of the American psyche and Russian Intellectual History. While at Chicago, Antanas revised his doctoral dissertation Lithuanian Diaspora: Kőnigsberg to Chicago which appears in the form of a book published by the University Press of America. Antanas’ Chicago years of teaching American history also include long spans at Columbia College Chicago, St. Xavier University, VanderCook College on the Campus of Illinois Institute of Technology and Wheaton College. Upon retirement, Antanas recrossed the Atlantic to teach courses on the Lithuanian diaspora at Vytautas Magnus University in Kaunas and American and British Studies at Kaunas University of Technology — not far from his father’s birthplace. Antanas divides his time between Kaunas and Chicago. In Kaunas he serves as a pro bono consultant to the Lituanica Baseball Club. In Chicago, Antanas continues his interest in diaspora studies while on the board of the Lithuanian Archives Project.