Cross-Cultural cooperation in the heart of Chicago’s North side

Lithuanian Archives Project’s office space is located within the building that houses the First Bulgarian Cultural Center of Chicago. Lithuania and Bulgaria have ties that go back to renowned Lithuanian historian, folklorist, publicist and public figure Dr. Jonas Basanavičius.

Dr. Jonas Basanavičius (Иван Басанович) (1851- 1927) was born in the Vilkaviškis district of Lithuania and studied in Marijampole, Lithuania from 1866-1873 in the historical-philological faculty and then later at the medical faculty of Moscow University. He published articles on the history of Lithuanians, archeology, ethnography, history of culture, linguistics, Lithuanian folklore. He also collected material for biographies and memoirs of the Lithuanian writers as well as collections of Lithuanian folklore. His work was published in numerous publications, among them the Lithuanian newspapers Vilniaus žinios and Viltis, Bulgarian newspapers, the Lithuanian newspaper in the Polish language Litwa as well as in Russian and German scientific journals. Basanavičius enjoyed pseudonyms and cryptonyms AB, Bassianis, Birsztonas, J. Sapalius and others. In 1879-1882 served as a doctor and head of a hospital in Lom Palanka (Bulgaria). In 1882-1884 he moved to Prague and then Vienna. He organized the Lithuanian newspaper Aušra (translation: “The Dawn”) in 1882 from Prague, where the Czech Academy of Sciences had developed an interest in the Lithuanian language. Concurrently, in Lithuania, there was a ban on Latin letters by Czarist authorities. This ban had the opposite effect in that the new generation in Lithuania actively engaged in resisting Polonization and Russification by creating secret schools and smuggling contraband books via the underground. Basanavičius, along with his contemporary Vincas Kudirka (1858-1899) were the first modern Lithuanian nationalists who sought to revitalize the Lithuanian language by drawing meaning from a pre-Christian, tribal past. In 1884-1905 Basanavičius worked in hospitals Varna and other Bulgarian cities and participated in the activities of the Bulgarian Democratic Party. In 1905 he moved to permanent residence in Vilnius. On his initiative, the Lithuanian Scientific Society was founded in 1907. He remained its chairman until his death.  Basanavičius died in Vilnius. In his honor, streets in the cities of Lithuania and Bulgaria are named after him. He is also depicted on the 50 litas banknote (prior to converting to the Euro, Lithuania’s currency was the litas). There is also a Jonas Basanavičius museum in his honor on Basanavičius street in Varna, Bulgaria. Historical continuity exists, as LAP’s offices are located within the First Bulgarian Cultural Center on W. Irving Park Road on the North side of Chicago. 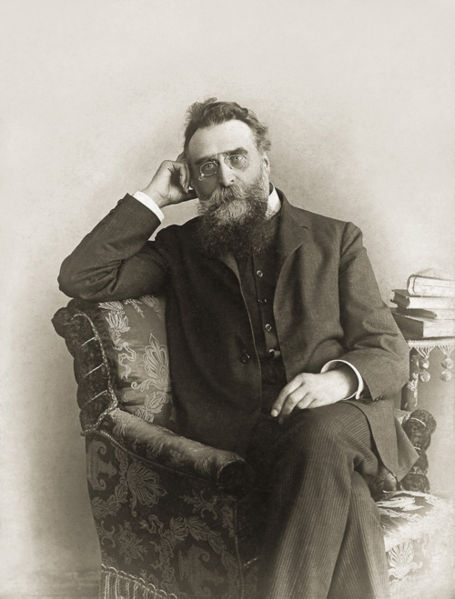